Today we going to give best apps for mobile number detail with name,Photo and address No one likes to receive phone calls from unknown numbers and be interrupted in the middle of an important job or late in the evening. Unfortunately, with the increase in the number of online purchases, it is almost impossible to keep your number confidential. If you indicated it on any site when registering for training or sent a loan application, it will transfer from one company to another. If you are tired of calls in which they are constantly trying to sell something or even worse  they are threatening, then special applications will help you, which compare the number of the caller in their database and show all the information available on it. This will give you a better idea of ​​whether to answer the call or not.how to check mobile number detail with name,images and address phone number location? read out full article.


Eyecon: Caller ID, Calls, Phone Book & Contacts is the best app for  mobile number detail with name,Photo and address Eyecon provides all possible information about an unknown or existing contact. Eyecon, thanks to synchronization with Facebook and other social networks, allows you to see a photo of the person who is calling you. Of course, if his account was found on Facebook. 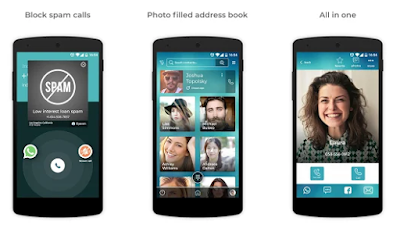 There is a difference from other similar services: data is not searched by the database of phone numbers, but only through social networks. Thus, only users who already use Eyecon can be identified. Of the minuses, a small database should be mentioned in comparison with Truecaller.


Showcaller: Caller ID, Call Recorder & Blocker another best app Show Сaller is a small application that takes up only 4 MB, but nevertheless is able to identify most unknown numbers and display detailed information about the subscriber, his name, photo, even if he is not in your contact list. Comes with support for T9 technology, which significantly speeds up the search for a notebook. At the moment, the application has a base of about 20 million users. The Show Сaller interface is very similar to Truecaller, however, unlike the latter, it takes up much less space. Identification of subscribers is fast enough. Of the minuses, you can name only the presence of advertising.


CallApp: Caller ID, Call Blocker & Call Recorder is the very best app CallApp allows you to identify unknown subscribers, block spam calls, record incoming and outgoing calls. At the same time, the identification of unknown numbers remains the main function, so it is not surprising that spam blocking does not work very well. It is worth noting one more minus of CallApp high energy consumption: when using it, the smartphone’s battery is consumed faster than when working with Truecaller in the same conditions. Nevertheless, the application deserves a place in this list, since it copes well with its main task.


In addition to standard features, there is an “Incognito” mode with which you can hide the number of a specific subscriber, and it will not be displayed not only during an incoming call, but also in the call log. If suddenly, you have a person with whom you want to talk, but that no one would know about it by taking your phone - this is what you need.

Sync.ME has 10 million active users. It can block calls, ignore phone calls and identify unfamiliar numbers from around the world. In addition, it can identify the sender of the SMS and block it. SyncME supports reverse lookup for any phone number. There is a built-in reminder of birthdays, information about which is taken from social networks.

who call is very old and trusted app Whoscall was developed by Gogolook back in 2010 and during this time managed to assemble an impressive database of more than 700 million numbers worldwide, plus a community of 50 million users. More than 20 million are detected using Whoscall per day and about 500 thousand calls are blocked. A key advantage of the service is its autonomous database, which allows you to identify the caller even without an Internet connection.


trap call is the great app Have you ever received a call labeled "Unknown"? Now you can identify any person who is hiding behind this faceless phrase. Trapcall offers what others cannot offer. Most of these applications identify subscribers based on data from their own user base, while Trapcall detects calls even from private numbers. This feature will be especially useful for those pursued by stalkers: now collecting evidence to file a complaint with the police will not be difficult. When you switch to a professional plan, you get the opportunity to record calls, which will add evidence against your offender.

These are all apps available on playstore.