The Samsung Galaxy A41 is already official and comes to replace the previous Galaxy A40 within the mid-range, which had a marked acceptance in the public. The new mobile now has more autonomy and integrates the fingerprint sensor to the screen, among other interesting features. We are going to know more details of this new terminal that the well-known brand launches as one more alternative to its already wide mid-range.

Let's see what are the characteristics of the Samsung Galaxy A41 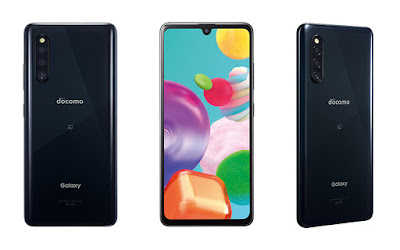 The Galaxy A41's screen is 6.1 inches diagonal, somewhat wider than the 5.9-inch A40 model. The 20: 9 format is chosen to accentuate the modernity of the design and it is endowed with excellent technical characteristics: A panel of Super AMOLED type with Full HD + resolution . In design, this screen integrates the small top notch in a drop of water for the selfie camera, something that the A40 was already using. And the back of the phone shows the vertical module of the triple camera, which does not leave out the flash. The fingerprint sensor will not be seen on this side as it is integrated into the panel. The terminal also has IP68 protection against water and dust, and it comes in three colors: blue, gray white and black.

And when it comes to photography, the terminal replaces the A40's two sensors with a triple camera . The main sensor is powered by 48 MP , the second sensor is an 8 MP ultra wide angle and the third sensor is the 5 MP ToF sensor for bokeh (f2.0 + f2.2 + f2.4). As for the front camera, we have a powerful 25 MP sensor for selfies (f2.0). 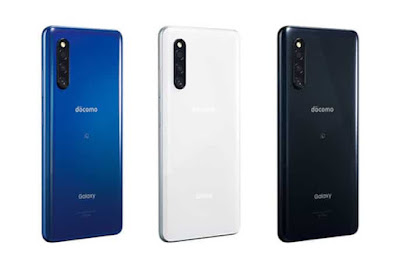 Something very rare with Samsung mobiles is the use of a MediaTek processor . The company does it this time, and opts for the MediaTek Helio P65 chipset (MT6768) , an engine that fully enters the mid-range and guarantees good performance. This chipset is 12nm and has 6 Cortex-A55 cores at 2.0 GHz + 2 high-performance Cortex-A75 cores at 2.0 GHz. And the accompanying graphics card is the Mali-G52 MC2. As for memory, the mobile comes in a unique version of 4 GB of RAM + 64 GB of ROM , a fairly comfortable memory although not one of the most generous that the mid-range is allowed today. And the operating system is Android 10 under the One UI 2.0 layer .

The mobile has everything you need in connectivity, with traditional 4G LTE support, wifi, Bluetooth and GPS, AGPS and GLONASS navigation. We have already mentioned the fingerprint sensor under the screen, but it also has a facial unlock. In sound, Dolby Atmos technology is integrated .


Price of the Samsung Galaxy A41


As for the price of the Samsung Galaxy A41, there is no information yet, but for now the mobile has been presented in Japan and it is expected that in June it will start its sales, which until now is foreseen in a single memory version.

The launch of the Galaxy A41 is scheduled for June this year.

Specifications of Samsung Galaxy A41:


The Samsung Galaxy A41 is a mobile phone with characteristics very typical of the mid-to-mid range, so its price will also undoubtedly be quite affordable. The terminal improves many of the characteristics of the previous model A40. It also uses an excellent processor in its range, the MediaTek Helio P65. We will be attentive to the entry of this mobile to the European market, which will certainly not pass by.