The budget smartphone Moto E6s 2020 is introduced. Features: MediaTek Helio P22 chip, dual camera, 3000 mAh battery, 6.1-inch screen with HD + resolution. Motorola Moto E6s 2020 is an inexpensive smartphone introduced by the popular brand on March 17, 2020. This model extends the budget line of Moto E6 , presented last year. If you compare the new product with its predecessors, then according to the characteristics of the Moto E6s 2020 is most similar to the Moto E6 Plus. What is common between these models, and how they differ, are described in this short article.


The Moto E6s 2020 is built on the MediaTek Helio P22 hardware platform. Briefly recall that this is a processor for budget smartphones, which is produced according to the norms of thin 12 nm lithography. The chip has 8 cores operating at a frequency of up to 2.0 GHz. The graphics accelerator here is from PowerVR.

On the rear panel of the Moto E6s 2020 we see a dual camera with the usual equipment for budget smartphones. There is a main camera on the 13 MP sensor and a 2 MP depth sensor for portrait mode. The camera writes 1080p video, but only at 30 frames. Of course, we are not talking about recording 4K video with such hardware. 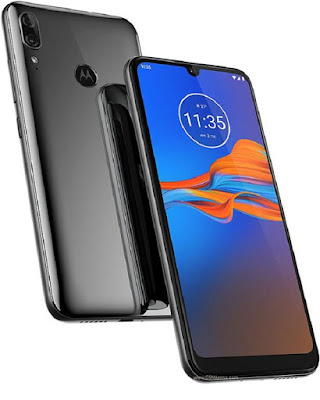 The smartphone Motorola Moto E6s 2020 is powered by a 3000 mAh battery. Fast charging is not provided. Moreover, they even decided not to include even a standard 10-watt power adapter. The box comes with a weak 5-watt charger. It connects to the phone via microUSB. The fingerprint scanner in the smartphone Motorola Moto E6s 2020 is present, it is located on the rear panel. There is also a 3.5 mm jack for analog headphones. NFC is not, but it is in the assembly for the Indian market. In the European assembly, this module may appear.


The smartphone is Motorola Moto E6s 2020 operating system Android 9 Pie. Not the latest OS, but cheap phones often come out under the control of last year's software. RAM in the Moto E6s 2020 - 2 GB. Permanent memory 16 GB. 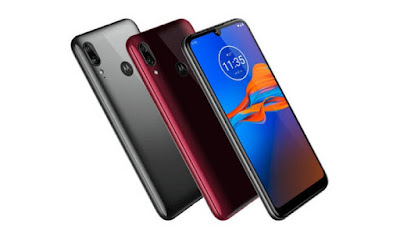 Comparison of Motorola Moto E6s 2020 and Moto E6 Plus will be short. If we look at the key features, we see that smartphones are, in fact, identical. Both are built on a MediaTek Helio P22 chip, powered by a 3000 mAh battery and display a 6.1-inch low-resolution image on the screen. Both take pictures with dual cameras with a 13 megapixel main module and a depth sensor. The only difference is the resolution of the front camera, which in the case of the Moto E6s 2020 has moved to a 5 megapixel sensor. 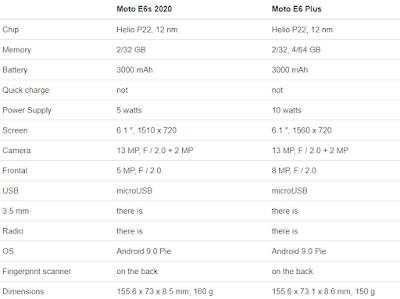