In this article we will look at one of the popular video effects  the slow motion or slow motion effect which allows you to reduce the playback speed of frames and makes the video more intriguing and interesting. We will introduce you to the best mobile applications for the Android and iOS operating systems, which allow you to easily slow motion video format or the type movie.Best Slow Motion Video Apps for android & iOS. 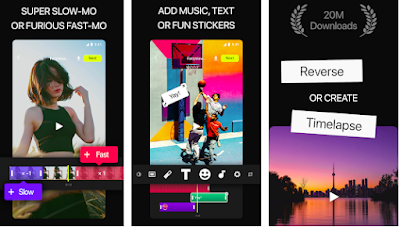 One of the best slow motion video apps on Android is Efectum. application is free and can be downloaded from Google Play. Efectum allows you to apply various effects to the video: slow, fast and rewind (boomerang effect). The application supports various video formats, including AVI, MPG, MKV, MP4 and WVM. 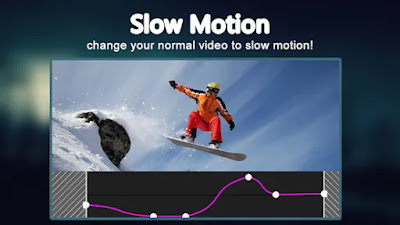 Slow Motion Video FX is a very specific option for those who want to record or create videos in slow motion, offering excellent functions for free to its users. The application itself is very simple and easy to move, and you can configure exactly the speed you want to record your videos or change existing ones. Because it is free, it has some ads that can be removed if you buy the paid version (which does not have additional features or functions). Since there is nothing like watermarks in the free version, there is little reason to buy the premium version unless you really want to support developers. 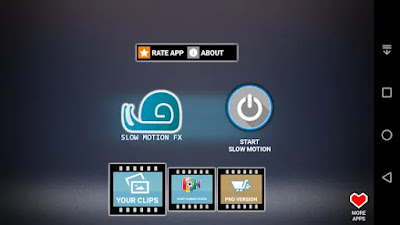 Slow Motion Video FX is a free video editing application from Bizo Mobile . The utility is suitable for creating slow-motion and accelerated videos. Using Slow Motion Video FX, you can edit media files already shot on your phone or record video with the slow-motion effect enabled. Among the additional functionality - the ability to choose the speed and quick export to Youtube . 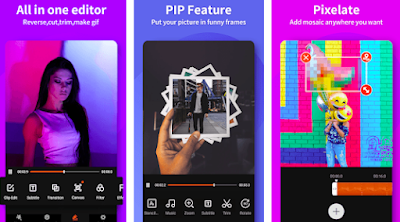 VideoShow application is available both in the free version, and complete with HD resolution and advanced features that you can download. In the free version of the application, you can not only make video in slow motion, but also edit it by making clippings and compressing the video to reduce the size; embed music, choosing from more than 1000 songs available for free; Add lyrics, default filters, and layouts. 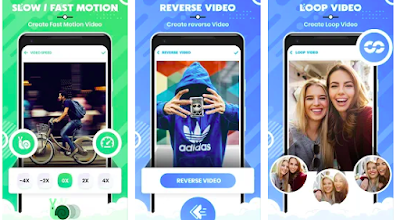 If you do not want to get dizzy among many functions, this app focuses on what you are looking for. You can speed up, slow down, add music and cut your videos to easily share them later. It is simple and intuitive, so you will not get lost among its key functions. 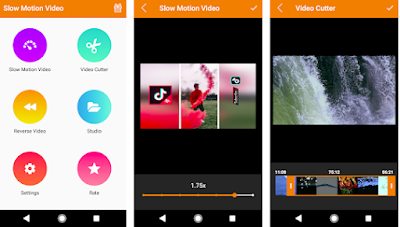 The Slow Motion Video Maker application, which can be downloaded for free on the Google Play store, is a fairly easy-to-use application for slowing down video on Android, which is compatible with smartphones and tablets running Android from version 4.1 and higher. With this application you can get the effect of slow motion, rotate the video 90 °, add lyrics and musical compositions, apply emoticons and stickers. 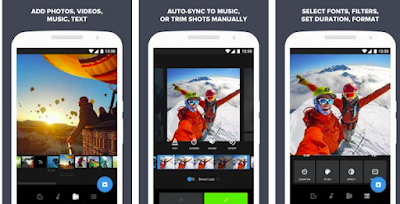 In Google Play we find a lot of applications that in addition to being able to modify the speed of the videos, you can also edit them to achieve a professional result. Quik is the Go Pro app with which we can do this. It will be very easy to edit any video from your mobile and also modify the speed. 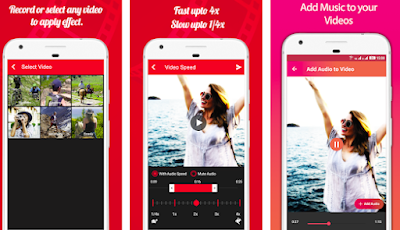 Video Speed ​​allows you to perfectly control the speed of video playback, reducing or increasing the time, according to your needs. This is a free application, unfortunately, available only in English, which does not heavily load the processor due to the weight of only 12 MB. With Video Speed, you cannot perform professional video editing, but you can create slow motion effects in a few minutes or speed up frames. 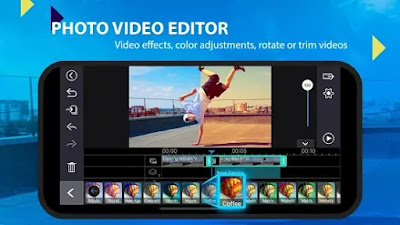 To create slow motion video, simply download PowerDirector, an Android video editing application with many advanced features, compatible with any smartphone and tablet equipped with Android version starting from version 4.3. The application allows you to create videos from scratch or import movies from other applications, such as Facebook and YouTube, also in HD format. You can slow down videos, overlay movies in PiP format (picture in picture), get resolution up to Full HD in 4K, add more than 35 different effects, insert photos and sound tracks and create interesting transitions. 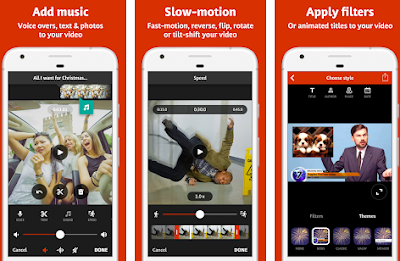 Videoshop is more like a very complete and functional video editing application. It has ads but its use is completely free. As you might expect from such an app, it offers a wide variety of video editing options, and slow motion is just one of them.

Like SloPro, Videoshop also allows you to record videos in slow motion in real time, with the ability to change speeds at any time. The advantage of this application is that, in addition to reducing the speed of your videos, you can do any type of editing you want and share them on social networks such as Facebook, Twitter and Whatsapp. 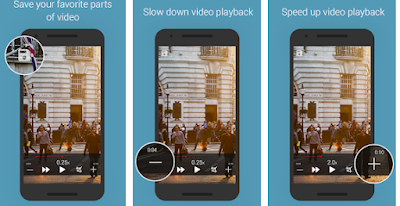 Although the name of the application is a mouthful, it brings many features to the table. For example, you can play a series of video files at a reduced speed, and you can also increase the playback speed. The good thing is that with this application, even the audio is synchronized with the slow-motion playback, so it feels like time slows down. Also, you can export the videos in multiple resolutions from low to high quality. Also, the app has support for zooming in on videos, which is something unique, so it's great. All things considered, all I can say is that if you want a versatile slow motion video app. 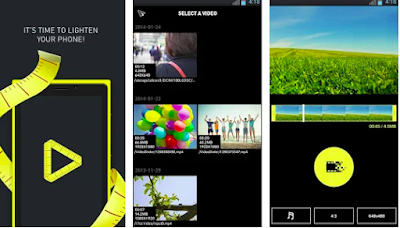 Like Videoshop, the Video Dieter 2 app also works as a very efficient and feature-rich video editor, speed reduction being one of several. One of its differences is that it is ideal for those who want to change the resolution or size of the video without losing much quality, which is really surprising and useful.

The only annoying thing is that you must recommend the application to your friends to have access to the slow motion function. Other than that, it offers good editing and speed options for free, so there's not much to complain about in this regard. You can also share your videos on social media if you prefer. 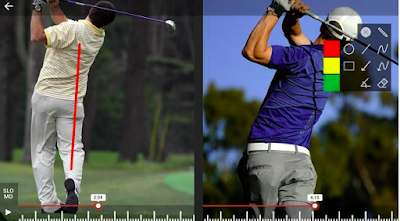 We have to say that the Hudl Technique is the most different app on our list, as it was created especially for athletes and sports videos. Like many of the apps we present here, it only focuses on the slow motion feature and is designed to help people record or watch sports or athletes in slow motion, as we often see on TV in many cases. Of course, you can use the app normally and without having to focus solely on sports videos, but you'll see that many features of the app are clearly aimed at that. You can even zoom, annotate, or comment on certain parts of a video to share with your friends. Hudl Technique can be downloaded through this link . So what did you think about our slow motion app suggestions for your Android device? Tell us in the comments below about which of these apps caught your eye and if you're already using any of them to create your own slow-motion videos!

Fast & Motion Video Tool is another app that focuses only on slow motion and also features ads to provide a free user experience. The difference is that you can adjust the speed of your videos with much more precision, since you will have almost twice as many options as in the other mentioned applications. 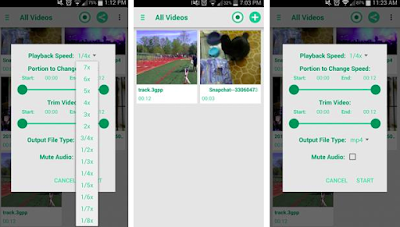 Another cool thing is that when you open the app, you'll already see all the videos on your device automatically on the Fast & Motion Video Tool home screen, without having to manually search for anything. You can even choose a certain stretch to apply the slow motion effect and then cut the video and get a new file with only the slow speed part. The application can be downloaded directly from this link ! 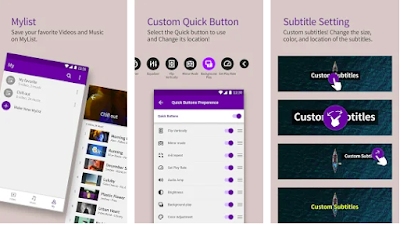 Unlike all the apps we mention in this list, KMPlayer is actually a video player that offers very advanced features. As you may have guessed, the slow motion effect is one of several features, but it is best recommended for those who just want to watch slow motion videos. We say this because you cannot record your videos in slow motion with KMPlayer or save videos with this effect. It's much more recreational than specific apps, so it's fine if you only want a video player that offers this feature when you find it necessary.

In the iTunes app store you can find a huge number of applications with which you can add the effect of slowing down the video on phones and tablets with the operating system iOS. Before we look at the best applications for slowing down videos, it should be noted that devices running on iOS already have a built-in function for shooting slow-motion videos. You can enable it before starting shooting by moving the slider from the photo / video tabs to Slo-mo.

Slow Fast Flow is a free iOS application compatible with iPhone, iPad with an operating system from version 10.0 to later. Using the application, you can create slow-motion videos. Thanks to the built-in editing program, you can create creative videos, for example, slowing down only a few points or speeding up the playback of individual frames. The application is highly appreciated by users, it works without problems and does not slow down the device. The application is easy to use and provides some graphic models for changing the design of the video. 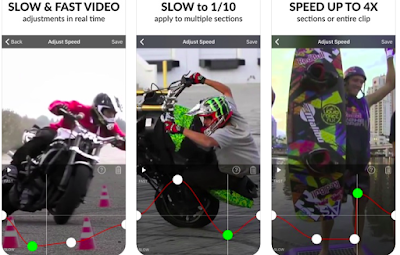 Slow Motion is a rather old application, which I think many people know. With this application, you can reduce and increase the speed of video directly from your phone or tablet. Of the main functions: acceleration to 2x, deceleration to 1/4 of normal speed, changing the speed of video fragments, supporting landscape and portrait orientation, adjusting the sound volume and the ability to export videos carried a watermark in full resolution.

One of the best video editing apps on iOS is undoubtedly iMovie. iMovie is a powerful and efficient program with which you can edit and slow down your videos. The application can be downloaded free of charge in iTunes. In addition to the slow-motion effect, you can save video in 4K resolution, apply graphic filters, insert text and audio tracks. In addition, you can directly upload files to iCloud Drive or quickly share them on Facebook, YouTube and Instagram.

SloPro also focuses only on the function of recording or creating videos with the slow motion effect, providing even more options than Slow Motion Video FX. The problem is that, unlike the previous application, it leaves a watermark on your videos in the free version. If that bothers you, you can get the premium version at a reasonable price and it's even worth it if you're really interested in more advanced options. One good thing is that SloPro allows you to record slow-motion video in real time, changing any setting anytime you want without nausea. Once your videos are ready, you can even share them with your friends on the social networks you choose

We hope that our list of applications to add the effect of slowing down in the video will help you find something suitable for yourself.