LG announce new model lg velvet LaFirst, the company gave us the sketches of its next mobile, mentioning for the first time the terms "tactile perfection" and "visual elegance". Later, LG confirmed its intentions to leave behind the numbers in the nomenclature of its models to opt for some "familiar and expressive" names and revealed what the first terminal of that new line would be called : the LG Velvet price Specifications.

Although the presentation event of this new phone is scheduled for May 7, the manufacturer has decided to officially announce it already in South Korea through a statement showing the real photos of the LG Velvet and detailing all its features. Let's see it in detail.

If there's one thing that stands out above all else in the new LG Velvet, it's its design. The South Korean firm has chosen to gently curve both the left and right ends of the screen , as well as the back cover, so that its long oval shape widens the surface that comes in contact with the hand. To this are added metal frames and a thickness of just 6.8 mm. 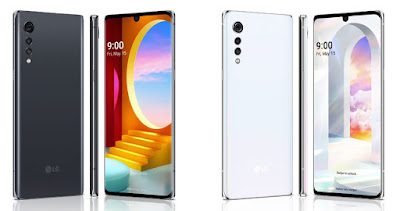 The front is dominated by a 6.8-inch Cinema FullVision screen with a 20.5: 9 aspect ratio and a drop-shaped notch where the front camera is housed, offering 16 megapixel resolution. The triple rear camera, meanwhile, is vertically arranged and consists of a 48-megapixel main sensor with Pixel Binning 4-in-1 technology, an 8-megapixel ultra-wide angle and an additional 5-megapixel sensor for depth readings.


Inside, we have the Snapdragon 765 processor, accompanied by 8 GB of RAM and 128 GB of internal storage. It is compatible with 5G networks, both SA and NSA , and also includes IA-optimized stereo speakers, an ASMR recording function and a 4,300 mAh battery. The LG Velvet also boasts IP68 water and dust resistance certification , and is compatible with LG's secondary display (LG Dual Screen) and house stylus (Stylus Pen), but must be purchased separately. 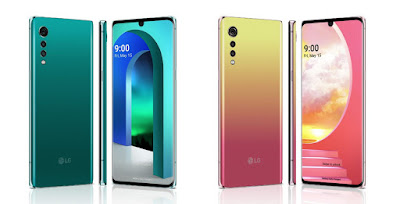 At the moment, the LG Velvet has been officially announced in South Korea and will go on sale there on May 15 , but to know its availability globally we will have to wait for the event that the brand plans to celebrate on May 7.

Although the price of the terminal in the Asian country is unknown, we do know that it will be marketed in a configuration with 8 GB of RAM and 128 GB of internal storage, and in four different colors : black, white, green and gradient pink.