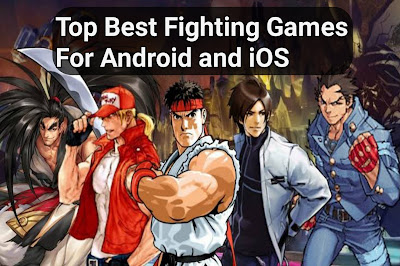 There are great fighting games that you can play on your mobile phones. In this article, we list the best fighting games on Android and iOS for you. Fighting games may not be the most popular genre in the world, but people who love fighting games are still the most loyal audience among players. Fighting games have a very important place especially for the generation that sees the arcade period. Players who have experienced the legends of Street Fighter and Mortal Kombat will be able to enjoy the high playability and better graphics of these games on mobile iPhone, iPad and Android devices. 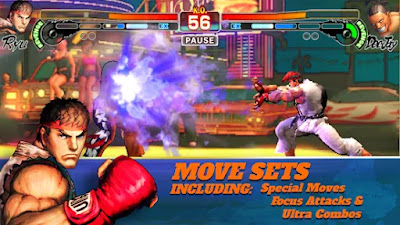 Street Fighter, another epic legend game, has taken its place on iOS and Android platforms. This fighting game with less blood than Mortal Kombat is a game that will be loved by Street Fighter fans. Street Fighter IV CE is a mobile version of the version released in 2008 for consoles. It has nice graphics like console and is like a console game in terms of gameplay, the only difference is that it works with touch controls. . It is an excellent choice if you like competitive fighting games.


On top of that, there are 32 legendary warriors around the world you love, such as Ryu, Ken, and Chun-Li. You have the opportunity to fight online with players playing all over the world. If you are a Hadouken fan, this game is for you. Download for Android , And iOS 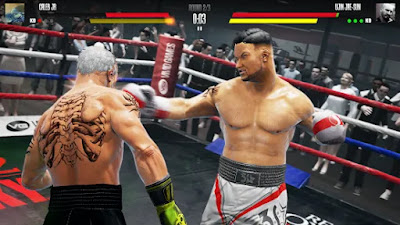 You can add a reputation to your reputation with high-level struggles, and you can fight with players from all over the world with the career mode. Master the mast, crochet, uppercut, body punches; Combine them with devastating special fists and focus on improving yourself in producing the most successful combo to KO your opponent.Download for Android , And iOS 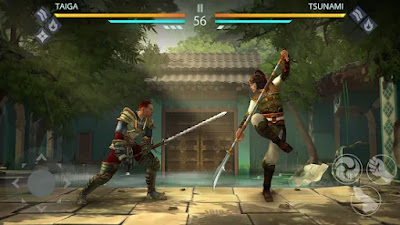 Shadow Fight 2's ongoing game eliminates the mystical art aspect of its predecessor, and instead opts for a bolder, lifelike style, in line with more traditional warriors like Mortal Kombat. But the game is great as always.

Shadow Fight 3 is a 2D game where the main goal is to defeat the enemies, allowing you to create your own character and equip it with helmets, shields, armor, and weapons. You can guide your character with the arrow keys on the left, damage your enemy with the kick punch keys on the right side, and bring your combos to the ground with combo by making great combinations.Download for Android , And iOS

The Mortal Kombat game, which finally came to mobile after it was released in 1992, consists of Mortal Kombat 11 elements released for console and was developed by Warner Bros. A bloody fighting game awaits you with the epic warriors you miss like the god of lightning, Raiden, Sub Zero, Scorpion, Cassie Cage. If you don't know how to play Mortal Kombat, it's no problem. There are no controllers, ie control keys.

It is a game without classic controls like Shadow Fight. It fights with your enemies with three of your chosen characters and performs legendary hits for you by pressing the combos that appear on the screen. This mobile game by Mortal Kombat has incredible console-quality graphics and multiple online modes.Download for Android , And iOS 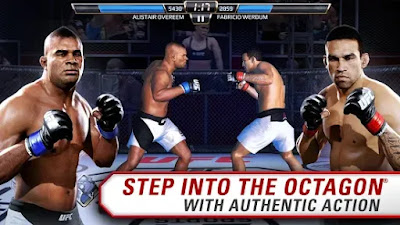 If you want a little more realism in your fighting games, you should definitely install EA Sports UFC. Unlike the games on this list, EA Sports UFC is based on a true professional sport. You can fight with tons of action-packed UFC moves and over 70 MMA fighters. This game is really unlike any other fighting game mechanics. Its realism is unmatched. You will pump adrenaline while fighting your enemies. If you are determined to step into the octagon and try the craziest of MMA fighters, try this game.Download for Android , And iOS

Will there be fighting games and no American wrestling? Ready for an epic fight with real American wrestling players such as John Cena, Rock, Giant Andre, Triple H, Xavier Forest, AJ Styles, Stone Cold Steve Austin, Roman Monarchs, Commitment, Randy Orton, Seth Rollins, Jinder Mahal, Kalisto, Big E Are you? Its gameplay is great with tin graphics and legend hits special to your fighter. You can attack and defend with the attack and defense keys. After pressing the serial attack key, the character-specific epic hit key is opened. By pressing this, your legend hit takes place. It offers the opportunity to compete with players from all over the world by participating in the events. If you watch and like American wrestling, you will love this game.Download for Android , And iOS 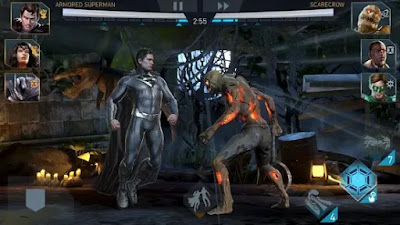 Injustice 2 is a superhero version of Mortal Kombat with DC superheroes. Since the two games are developed by NetherRealm Studios, it makes sense that the games look alike. Injustice: Gods Among Us released in 2013 is a new version of the game. You can fight as Batman, Superman and Joker in the game which contains breathtaking graphics appearing on a console. Not to mention, the touch controls are great in this game and it's really easy to master.Download for Android , And iOS

Skullgirls is not only one of the most interesting looking games on mobile devices, but also an extremely impressive and fun fighting RPG game. It contains great anime-style graphics and lots of moving and interesting characters. Of course, the game's fighting mechanics and gameplay are also great. 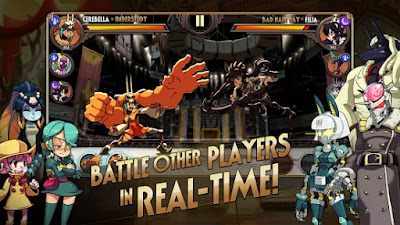 The game shows itself as a 2D fighting RPG with the mechanics of both genres. You collect various characters, level up and then use it to fight other anime characters. There is Mortal Kombat style gameplay. Instead of the arrow keys, you can follow the special hit of your character by pressing the skill keys. It is an RPG fighting game that should not be missed especially for anime lovers.Download for Android , And iOS 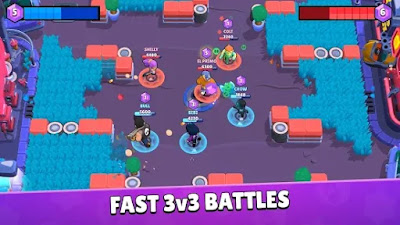 The game, developed by the makers of Clash of Clans, Clash Royale and Boom Beach, is one of the most popular games recently. Although it is not exactly a fighting game, we can call it an arena fighting game.Download for Android , And iOS 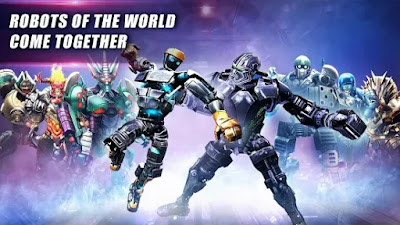 Inspired by the movie Real Steel, this beautiful boxing fighting game, which is more than 9 meters high and weighs two tons, is waiting for you with 58 best fighting machines. You will fight your opponents to become the Ultimate World Boxing Champion. Play the official boxing game from the blockbuster movie Real Steel. Embark on the adventure of world boxing champion from impossibilities like in the movie.Download for Android , And iOS 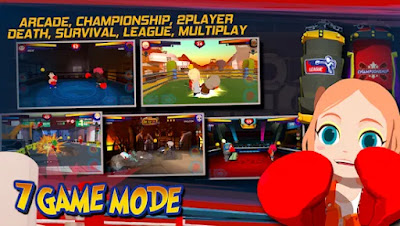 Head Boxing, another boxing game for Android, as the name suggests, includes cartoon-headed characters who love to destroy their opponents. Also the game; It consists of 7 different modes such as survival, championship and multiplayer.Download for Android , And iOS 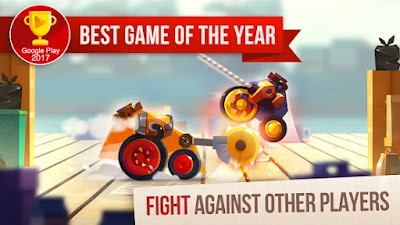 In this game where robot cars go into a fierce battle, you must design the most powerful car by combining the parts correctly. Then you have to prove that you are strong by combining the cars you designed with the opponents in the arena..Download for Android , And iOS

Fighting Tiger is one of the 3D and free fighting games on the Android platform . As you can see from the name, in this fighting game, you jump over your enemies like a tiger and destroy them. Your success in the game is entirely in your hands because you control both beating your opponent and avoiding the blows from him. If you have fast reflexes, you can be successful in this game. Apart from doing special moves with your character, you can beat your opponents using different weapons. As in Street Fighter, your soul is shown with a bar at the top and left of the screen. When your health value is less than the opponent, you should act more carefully and try to regain the advantage with the right moves. Otherwise, you will not like beating. 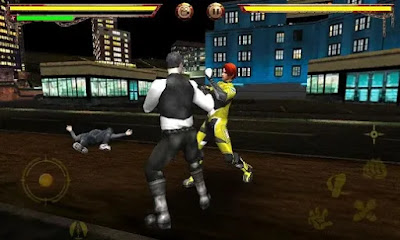 In the game, you are fighting not with a single opponent, but with the punks that you catch by walking on the streets. It also has features to increase your life in the streets. When your health decreases, you must find these potions by escaping the fight and increase your health value. The control mechanism is designed as direction keys from the bottom left of the screen and movements from the bottom right, and you need to press the keys a little quickly to display different movements. Since it is free and enjoyable game, I recommend Fighting Tiger, which is on our list, to our valuable followers.Download for Android , And iOS

You know the hard behavior of the players in ice hockey, which is one of the sports where the Americans are very good. From time to time, we see videos and televisions that they hit each other as if they were going to kill. I can say that Ratrod Studio has done a great job reflecting this to the game. In the game where the hockey players fight in the concept of fighting game, you choose your own hockey player and start fighting in the middle of the ice hockey field. 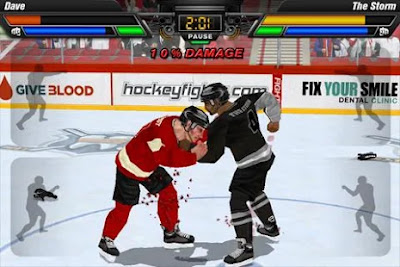 The amount of health you have appears in the bar at the top and left of the screen, as in many fighting games. You can have a lot of fun from the fight of hockey players fighting hockey clothes. Although it is actually a game that can attract reactions, you can play knowing that it is for entertainment purposes.


You can test yourself by participating in tournaments and strengthen your character and gain an advantage over your opponents. I recommend that you download the free version of the game, which is both paid and free version, and if you get a chance to try it, you will get paid. Only 2 TL in the paid version of the game. I wouldn't recommend buying it if Fkat fighting games don't excite you enough. You should definitely download and try Hockey Fight Lite, which you will witness realistic fighting scenes for free.Download for Android , And iOS

The last game on our list is again a boxing game . The most interesting feature of Punch Hero, which users of Android devices can download and play for free, is to determine your boxer yourself. While choosing a boxer among the different options offered to you in other games, you can put a photo of yourself or your friend instead of the face of the boxer you choose in this game. In this way, the game, which becomes more fun, has 3 different game modes and you can choose which one to enjoy more.


Their graphics are quite high quality and look like cartoons. It is also very fun and comfortable to play. The more you play, the faster your character gets stronger and increases at the same speed as the enemies you encounter. Thus, you go to more competitive and exciting boxing matches. If you want to spread your opponents one by one in Punch Hero, which makes you feel like you are in a boxing match, you can download the game for free. You can see yourself as a boxer while playing Punch Hero, which is one of the games offered completely free of charge on the list.Download for Android , And iOS