in this article we are going to give you best football games for android 2020 list No1 Sport Football is the most popular sport in the world. It has hundreds of leagues, thousands of teams and tens of thousands of players. Almost everyone plays it. This is a game for which you need nothing but the ball and some bricks for the goal.


The Google Play store is simply bursting with hundreds of different football games. However, most of them are not as good as they seem. This makes it difficult to find a good game, because you have to watch dozens of descriptions and screenshots. We have simplified your task and compiled a list of the best of them. 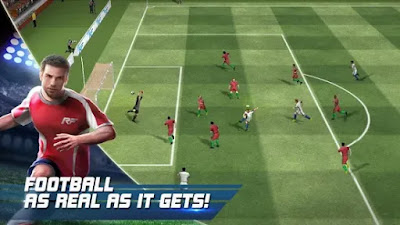 Real Football is the best football game that is rightfully proud of the huge number of licensed athletes and teams. It offers a large selection of modes, such as friendly matches, league and international cup. In addition, you can practice your skills in practice. Also in the presence of a bunch of various settings that allow you to customize the team form, placement on the field, improve stadiums and choose various tactics. And Real Football allows you to upload screenshots and share on social networks a record of the coolest goal that you will surely score. Download 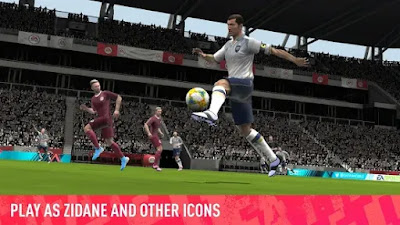 Is it possible to compile a selection of the best futsims and do without a pocket version of FIFA? FIFA Soccer is one of the most dynamic and diverse in terms of gameplay football games on Android. It offers licensed athletes from over 550 real clubs, including stars of the past and present. There is also an Ultimate Team mode, which allows you to collect your personal dream team and compete with users from different parts of the world for the best cards of football players and FUT-coins (game currency).

In Leagues mode, the emphasis is on communication - you can join forces with friends and fight against gamers from around the world. Download

In Dream League Soccer, you lead your own team called Dream FC. Along with the manager mode, you also have the opportunity to manage the athletes during the match. The gameplay is similar to the career mode in FIFA, but there are no contracts and transfers between clubs. You can sign any player from the transfer market for a certain number of coins - the cost depends on the level of skills of the player. 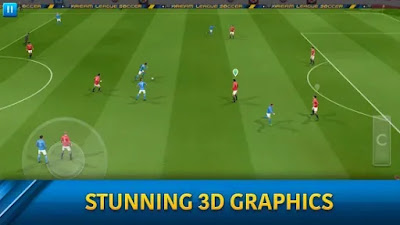 Coins are issued for participation in games, victories, achievements and viewing ads. Dream League Soccer stores the progress of the game in the cloud, so you have the opportunity to start the passage on one smartphone and continue on another. Download 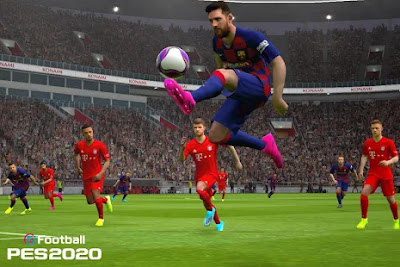 FIFA may be the best game for consoles and PCs, but when it comes to mobile games, the undisputed leader is  PES Pro Evolution Soccer . He offers the best mobile graphics, coupled with amazing optimization, that is, it is not too demanding on the hardware. You get the full feeling of playing soccer - from controlling players on the field to managing a team outside. PES has both gesture control and push button controls. There are also multiplayer matches, so you can compete with friends or with users from other countries. Download 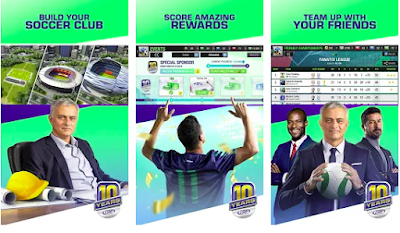 Top Eleven focuses solely on getting you into the role of coach and putting together your dream team. Over 5,000 real football players are available with the same strengths and distinguishing features as their prototypes. Selection and purchase occurs through the transfer window. The match engine is awesome here, so a realistic environment awaits you. Improve the placement on the field and the tactics of the team through victories, defeats and injuries on the way to the title of best football manager. Download 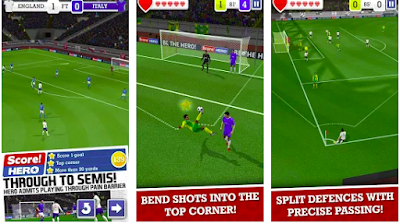 Score! Hero is a three-dimensional gesture control futsim that offers great plot combined with good graphics. You play as a young soccer player who is trying to become the main star of the football world. To achieve this, you need to go through a series of tests at different levels. The game contains more than 580 levels, each of which with good 3D graphics. Complete multiplayer mode - with a list of leaders and integration of Google Play achievements.Download 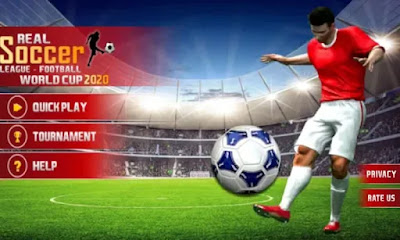 The Real World Soccer League is one of the best football sims on Google Play. This is one of the most intense and addictive games - it is characterized by smooth gameplay, realistic physics, amazing atmosphere. You will have to pass, zip around the field and demonstrate stroking skills. You can also create an ultimate team and play against other national teams with your favorite football players. Download 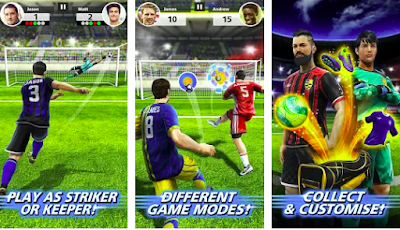 Football Strike is loved by millions of Android users and has been awarded the Editors' Choice on Google Play. It has several online modes: “shooting” at targets in a fast, time-limited battle for points in Shooting Race mode or alternate game for striker and goalkeeper in Free Kick (1v1) mode. Download 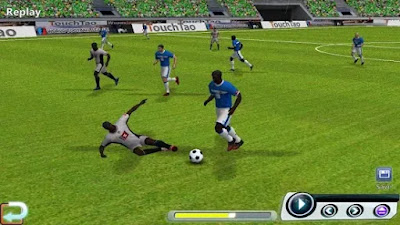 The World Soccer League has similar PES and FIFA gameplay with much lower memory requirements. Occupying a total of 37 MB, the game offers 60 national teams, 60 clubs and a total of 2,000 players. A total of 4 modes are available in which you can enjoy great dribbling and exciting hits. The World Soccer League stores screenshots of all your achievements and allows you to share them with your friends. Although there are no licensed players, the gameplay and the small size of the game compensate for this in excess.Download 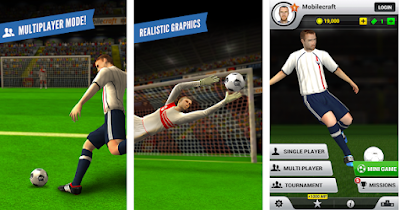 Flick Shoot is a high-quality simulator developed by MobileCraft, also known as the “funniest soccer game” on Google Play. Its sequel, Flick Shoot 2, is a physics-based game featuring many interesting modes, such as Arcade, Tournament, One Ball, Multiplayer, Time Attack, Goal Post, and Targets. Moreover, you can participate in 1v1 matches in multiplayer or join the Online Tournament for a real test - fights against real players from around the world. Flick Shoot 2 is made in 3D and produces smooth and realistic animations when it comes to twisted kicks, goalkeeper actions and ball physics.
Download 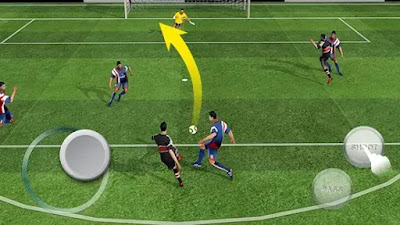 Ultimate Soccer allows you to create a club of those soccer players you want. Find the best placement option based on your playing style and develop the best tactics. Futsim offers different modes, for example, League or World Cup - you can participate in these tournaments with a personally assembled team. Just like in life, during the off-season in Ultimate Soccer a transfer window opens, during which you are allowed to buy and sell football players to strengthen the roster.  download


Even if you are not a fan of the championship of Spain, you will definitely like Head Soccer La Liga . The comedy cartoon style sets a humorous tone, and the characters are caricatures of real La Liga footballers. Head Soccer La Liga is a 2D game where you go one on one against an opponent. The rules are simple: you have to watch the gates, defend and attack at the same time. 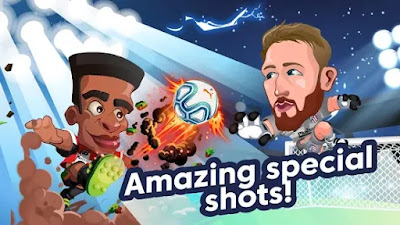 The game is similar to fighting games like Mortal Kombat, only here you are required to defend well, score goals, skillfully mint the ball and win the league. In addition to the regular season, you can participate in friendly matches, cups and even challenge people from all over the world. Download 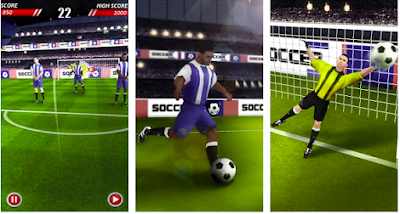 Soccer Kicks is the best free kick game available for Android. She makes you feel the drive from the execution of penalties. The gameplay is pretty simple - you just need to click on the ball to kick it, and swipe to adjust its direction when it is in the air. In addition, you can twist it with a gesture. Download 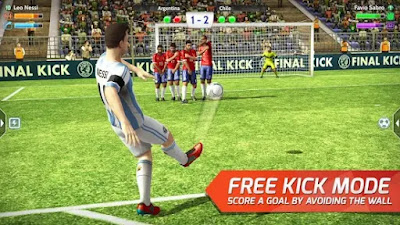 Final Kick , developed by Ivanovich Games, is a game entirely dedicated to penalty kicks. The whole gameplay consists in the execution of the eleven meters and their blocking. Final Kick offers 20 local offline tournaments, but the most interesting is its multiplayer mode, where users can challenge their friends in Penalty Shootouts. In addition, there is a penalty mode and team customization. And every weekend there is a new free tournament to test skills with the whole world and win prizes when you get into the top 100. Download

One of the most diverse games in terms of gameplay, Soccer Star successfully delivers realistic soccer gameplay along with impeccable graphics. You can take part in the main competitions (UEFA League, Champions League) and lead your team to the heights of the sport. 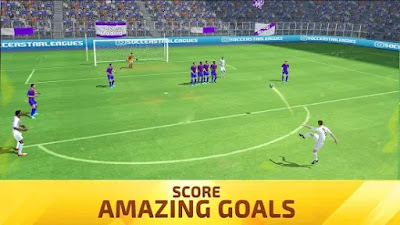 As a trainer, you must also manage contracts and sponsors. Various training modes are available, such as the execution of a free kick, a penalty kick and a pass game, in which you pump your skills to become a new football star. Soccer Star features simple controls that let you tap the screen for both kick and pass. One finger is all you need to master this game expertly. Download 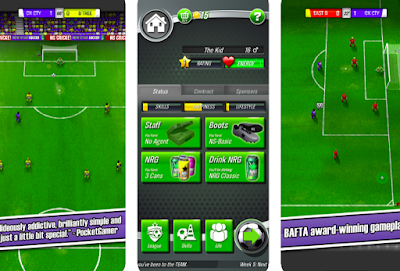 New Star Soccer is a huge number of football teams from around the world, but it is also simple, extremely convenient management. The game interface is organized in such a way that you can strike at the goal using swipes with one hand. This project can be called a football simulator and, at the same time, a life simulator, since gamers will have to manage players not only on the football field, but also visit a casino with them, buy real estate and even go on dates. Download 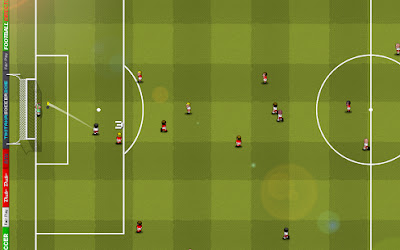 Tiki Taka Soccer on iOS and Android The old-school classic Sensible Soccer with PC and Amiga, unfortunately, is not ported to mobile devices, but it can be replaced by Tiki Taka Soccer. It looks, feels and plays like well-known retro games from the past. The game implements simple tap-based controls, action with a top view and accessible gameplay, which, however, will require some effort to achieve mastery. Download 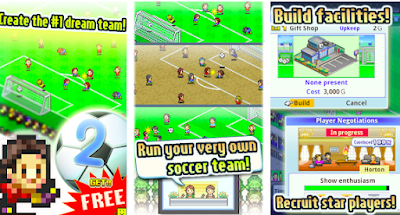 Pocket League Story 2 on iOS and Android Pocket League 2 is just based on management and is rather a casual game. Here you will find neither players, nor teams from the real world, nor numerous menus that allow you to build your tactics on the football field. Kairosoft developers have focused on something completely different: you have to create a team of a handful of losers and lead it to success, build your own stadium, hire the best coaches and take part in online matches with gamers from around the world. Download

One of two Football Manager games on mobile devices that offers tons of opportunities to play on the go. Of course, porting somewhat reduced the gaming experience of the main title, but nevertheless, there is enough depth, the menus are well organized, the players database is huge, tactical elements and teamwork are present, and the absence of a 3D engine does not interfere with the full game.