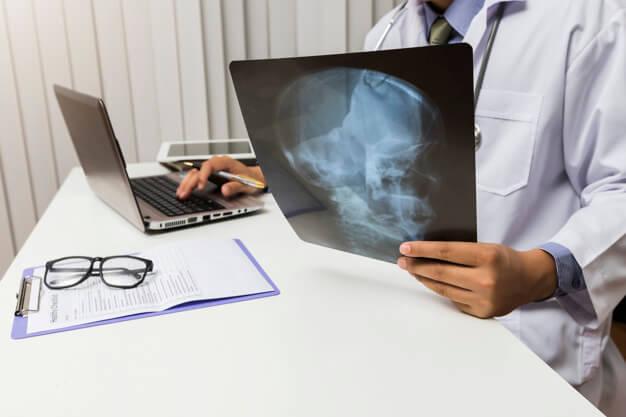 While the occurrence of strokes has decreased by a fair portion, they remain a dangerous threat. Patients experience a stroke when the blood supply to the brain gets interrupted. This could happen when the blood vessel reaching the brain is ruptured, or a blockage is experienced. When blood does not reach the brain, the oxygen supply also depletes. As the brain tissues do not receive oxygen and blood, they begin to die due to the lack of nourishment. A stroke can then become life-threatening. If a steady supply of oxygen and blood does not reach the brain in time, the individual may not survive.

Due to this severity, healthcare professionals recognise strokes as medical emergencies. In many cases, timely medical treatment can prevent brain damage.

If you or the people around you experience symptoms similar to a stroke, get emergency medical help immediately. You can always use online consultation from health care services like emeds pharmacy if you have any queries or concerns.

What are the types of strokes?

Strokes are mainly of three main types, Ischemic stroke, Hemorrhagic stroke, and Transient Ischemic Attack. The first two are considered major types and can cause significant damage or even death. The third category refers to a stroke that lasts for a short period. It is usually a warning of a more intense future stroke.

These occur due to issues with the artery that supplies oxygenated blood to the brain. The blockage may be due to a tear in the artery. A majority of strokes are Ischemic.

These strokes are the result of blood leakage in the brain when one of the arteries gets torn. The blood leaks across brain cells, causing difficulty in functioning and keeping the excess weight of the blood off.

Such a stroke usually lasts about 5 minutes. The blood supply to the brain may be interrupted due to a variety of reasons. After which, the blood begins reaching the brain again, and patients may feel back to normal. However, they should be aware that a more severe and longer-lasting stroke is on the way. In such a case, you should prioritise precaution.

What are the risk factors for a stroke?

Some people have a higher chance of having a stroke than others. This is usually due to some pre-existing illness. The section below describes some of the risk factors for a stroke.

Hypertension refers to a consistent rise in blood pressure. When the blood exerts more significant pressure than necessary, the walls of the blood vessels have a chance of rupturing. Thus, leading to a stroke.

High blood pressure may also cause the walls of the arteries to thicken, making the pathway for blood narrower. The blood may eventually be blocked from reaching the brain, leading to a stroke. Following dietary measures and maintaining physical health can help keep the blood pressure at an average level and lower the chances of a stroke.

Smoking increases the risk of a stroke by four times. The substances in cigarettes like nicotine can make the arteries constrict faster. It also makes the blood thicker; hence clotting can occur quickly, causing a stroke. Therefore, quitting smoking is essential if you want to avoid a stroke.

The high sugar level of a person with diabetes double the chances of a stroke. Atherosclerosis, a condition in which narrowing of the arteries occurs, becomes likely with diabetes, making strokes more common among diabetes patients. Keeping up with the medication and avoiding any foods that can lead to a surge in blood sugar is critical.

Some other risk factors for diabetes include cholesterol problems, alcohol intake, and a sedentary lifestyle.

How can you identify a stroke?

When the blood supply to your brain shuts down, your body parts will follow. The signs will be most prominent among organs that cannot communicate with the brain due to the stroke. Some of these identification markers include:

While having a stroke, the person may find it exhausting to form words. Their words may slur, or they might feel like they are losing a sense of what they’re saying. Similarly, the patient may also experience trouble understanding what other people are saying. If you feel that someone is experiencing a stroke, ask them to repeat a sentence after you and see if their words are clear.

Paralysis or numbness are seen quite commonly in strokes. The stiffness usually attacks one side of the patient’s body. It manifests as an inability to control or manoeuvre body parts successfully. You can use a simple test to detect paralysis. Raise both arms above the head; if one falls, it may be due to paralysis. When the patient attempts to smile, their face may droop down, making their smile lopsided.

Patients also complain of numbness in their hands and feet. During a stroke, people also experience a loss of balance.

While going through a stroke, one may also have trouble with their vision. Some patients cannot see and adequately experience black spots at the corners of their eyes. Blurred or double vision is also common during a stroke.

Women are widely affected by strokes. Some of the signs that are helpful when identifying strokes in women include:

Women also exhibit a greater risk of dying from a stroke than men.

Men experience a greater likelihood of a stroke when young than women. Some of the most common symptoms seen in men having a stroke include:

After identifying a stroke, the next step should always be immediate medical attention.

The treatment for a stroke mainly depends on what kind of stroke the patient is suffering from. Usually, doctors use anticoagulants or drugs that can break down clots. Sometimes, surgical procedures may also be required if all other treatments are ineffective. Thus, no matter what type of stroke you experience, the danger remains all the same. Follow a healthy diet and avoid habits that can lead to thickening of the arteries and resulting in a stroke. Prevention is always better than the cure.